Göbekli Tepe is an ancient archaeological site located in southeastern Turkey. It is a unique site that dates back to the Pre-Pottery Neolithic period, around 11,000 years ago, making it one of the oldest known temple structures in the world.

Where is Göbekli Tepe

Göbekli Tepe is located 9 miles from Sanliurfa, in the southeast of Turkey. It occupies the highest point of the Hermus mountain range. This region is known as Upper Mesopotamia, where the oldest farming communities emerged.

How to get to there

Firstly, you have to get to Sanliurfa city in Eastern Anatolia.

The Göbekli Tepe archeological site is located near the Örencik village. It is accessible by public bus that leaves from the Abide bus stop in Sanliurfa (exact location is 37.167518, 38.797627). The driver does not accept cash. Purchase an Urfakart card before boarding. It cost 13 TL for the card and 10 TL for a return trip. The bus returns at 12:00, 15:00, and 18:00 (summer only). The driver will let you know the current timetable.

Tours to Göbekli Tepe (and other Eastern Anatolia sites)

Göbekli Tepe is far away from popular tourist attractions in Turkey, but it is worth visiting. It is better to set aside a few days for exploring Eastern Anatolia. Don’t miss the mysterious Mount Nemrut with statues of the kings of Commagene, the historic town Mardin, and the ruins of Arsamea-on-Nymphaeum.

Around 12,000 years ago, the history of humanity underwent a significant transformation in the region surrounding the Tigris and Euphrates rivers — a transition from a hunter-gatherer society to one that relied on the production of food. In the 9th millennium BC, people living in northern Mesopotamia built Göbekli Tepe, a massive structure consisting of circular enclosures with T-shaped pillars inside. It is believed that these structures may have had roofs. Göbekli Tepe is older than Stonehenge and the megalithic structures found in Malta.

The task of carving and erecting the stone pillars at Göbekli Tepe would have been challenging for early humans, as they did not yet have access to metal tools. However, limestone is relatively soft and can be worked with stone tools. It is possible that the workers used levers and ropes to lift the columns into place.

Göbekli Tepe was constructed on a high plateau, far away from sources of water. Archaeologists have found bones from wild animals, mortars for grinding grain, and small water reservoirs at the site, suggesting that it was used for religious ceremonies or festivals. However, there would not have been enough food at the site to sustain a large population year-round, only enough to feed those who gathered there for the festival.

After 8000 B.C., the function of Göbekli Tepe changed. It transformed from a ceremonial center to a center for agriculture and farming. The monument was eventually buried and remained hidden for thousands of years.

How Göbekli Tepe was discovered

In 1965, American archaeologist Peter Benedict came across some strange hills in Göbekli Tepe and decided to investigate. He found flint fragments at the site, which indicated human activity in the pre-ceramic period. However, he initially believed that these mounds were natural formations with tombs on top of them. Excavations were postponed due to Muslim laws prohibiting the disturbance of graves.

In October 1994, Klaus Schmidt visited Göbekli Tepe. Upon examining the flint fragments, he became convinced that the entire hill had been constructed by humans. Excavations began in 1995. They were organized by the Şanlıurfa Archaeological Museum and the German Archaeological Institute, and led by Klaus Schmidt until his death in 2014. So far, archaeologists have excavated five temples at the site, but radar data suggests that there may be at least ten more buildings in the complex. In an interview, Klaus Schmidt once stated, “The excavated part is only 5% of the complex. We could dig another 50 years and still not explore the whole area.”

In 2014, archaeologist Lee Clare took over the project and has been in charge of it since. The Dogus group has sponsored the project until 2035. Excavations at the Neolithic site of Karahan Tepe, where T-shaped columns have also been discovered, began in 2019. The age of the site has not yet been determined, but it is believed to be even older than Göbekli Tepe. Sefer Tepe, another similar site, has not yet been excavated.

Things To See At The World’s Oldest Temple

The site consists of a series of circular and oval-shaped enclosures. They are surrounded by large stone pillars that are decorated with carvings of animals and other motifs. The T-shaped pillars at Göbekli Tepe are made of limestone and stand up to 20 feet tall. They are decorated with carved symbols and depict human and animal figures. Some of the pillars also have a circular or oval depression at the top, which may have been used to hold offerings or other objects.

The purpose of the T-shaped pillars at Göbekli Tepe is not fully understood. Some researchers believe that they mark the graves of important individuals, while others think they may represent ancestral spirits or deities.

Some of the pillars depict a person with their hands clasped over their stomach. The genitals of the statue are hidden under belts and loincloths, making it impossible to determine the gender of the figure.

The animal carvings at Göbekli Tepe could have played a significant role in the temples. The animals depicted include foxes, snakes, birds, and various species of wild sheep and goats. Some of the pillars also feature abstract symbols, as well as depictions of human figures.

The carvings at Göbekli Tepe are highly detailed and well-preserved. They offer a unique glimpse into the beliefs of the people who built the site. These images are considered to be some of the oldest known examples of art.

Different buildings have a different sets of animals. The snake is more represented in structure A, the fox in B, the boar in C, and in the structure D vultures were most often depicted. Building H contains wild cats. These could be totem animals that served as symbols for different groups of people.

This building is small compared to the others. It is made up of low limestone columns that are connected by a wall. One of the columns features a sculpture of a bull, a fox, and a crane.

The structure has two large pillars and nine smaller ones. There is a carving of a fox on a stone that is supported by wooden crutches. The floor of this structure is made of terrazzo, a type of material that is made by combining burnt lime and clay. Terrazzo was used during the Neolithic period and is known for its durability and resistance to moisture.

Construction C is a largest building on the site. It has three circular fences that have been rebuilt throughout the centuries. The outer walls are the oldest, while the other two fences were added later. The building has two central columns that are built into holes in the stone floor. Access to the room is through a narrow passageway with steps.

Site D is the largest and most well-preserved building at the Göbekli Tepe archaeological site. It is home to the tallest pillars on the site, which stand at 18 feet. The fence surrounding Site D is made up of 12 equal columns. They all have clear images of animals carved into them. These include foxes, wild boars, gazelles, wild donkeys, and snakes. The floor of this building is carved out of stone.

Göbekli Tepe has a temple with an oval base and holes for statues. It was initially overlooked by archaeologists because it lacks stone walls or pillars.

What else to see in Eastern Anatolia 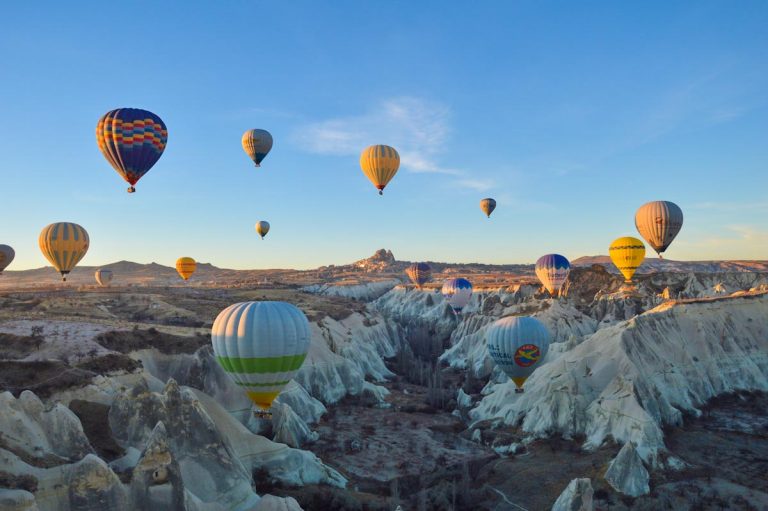 Hot Air Balloon Ride In Cappadocia On A Budget: An Adventure Of A Lifetime