Nile cruise is the highlight of my two-month trip to Egypt. Ancient ruins, the pastoral landscape from the cabin window, mouth-watering local cuisine — you can get all of this even on a backpacker’s budget. In this article, I will tell you how to find a cheap Nile cruise.

How to find a budget Nile Cruise

I started looking for a Nile cruise long before I arrived in Egypt. The prices I found online were pretty steep, starting from 200$ per person per night.

The cheapest way to book a cruise is to go directly to the port. This way you will skip a middle man and get the best Nile cruise deal.

Aswan and Luxor are two main ports for the Nile cruise. I went to Aswan because it is not as busy as Luxor.

Cruise ships are constantly functioning as a hotel. On certain days they sail between Luxor and Aswan. Make sure you book the cabin on sailing dates.

Most cruise ships have similar interiors and provide high-quality service. The average price is 45-55$ per person per night. It includes accommodation and three buffet-style meals a day.

Some people in the port might offer you help finding the best Nile cruise. Keep in mind that they don’t do it for free. Anyways, they can save you a lot of time.

Another way to book a cheap Nile cruise is to ask the owner of your hotel to help you. They usually get a discount from the cruise companies. I can recommend the “David hostel” in Aswan. David went out of his way to make my Nile cruise come true. And he did not charge me anything extra!

Why do we see such a range of prices on the Internet? Travel agencies negotiate cabins on the cruise ship and then add their services such as guide, entrance tickets, transport, additional excursions. Each with a markup.

The most common cruise between Luxor and Aswan only takes two days. So why do travel agencies offer 3 and 5 days tours? It means you will stay on a cruise ship in port for extra nights, and visit Aswan and Luxor with a guide. You can save money by moving to a cheap hotel and exploring those sights on your own.

Where to book a cheap Nile cruise online?

Many travelers come to Egypt for a short stay. Not everyone has the opportunity to come to Aswan or Luxor and find a good deal on the spot.

I found several cruises on the Viator website with good reviews that can be booked online. As you can see, they include only the bare minimum: a transfer to the port and two nights on an all-inclusive ship. You will have to pay entrance fees to the sights, and you will explore them without a guide. Just like we did.

There are several other options on that website, that are even cheaper but they don’t have any reviews. Be careful booking them, because Egypt is famous for it’s scammers.

There are few offers online for the lake Nasser cruise. This route have always been more expensive, because there are only few companies who are allowed to travel this way.

What Nile cruise route should I choose?

Although the ships run along the entire Nile, you are likely to find an inexpensive cruise on the route between Luxor and Aswan. During this cruise you will visit temples of Kom Ombo and Edfu.

This cruise passes along Lake Nasser, which emerged after the construction of the Aswan Dam. Only a few companies offer this itinerary, so the prices are pretty steep. The cruise includes the visit of the ruins of Amada and Wadi el-Sebuah.

This cruise takes from 9 to 11 nights. The itinerary includes visiting the pyramid of Meidum, the ruins of Tel el Amarna, Tuna el Gebel, the temple of Seti I in Abydos, and the temple of Dendera in Qena. This cruise is a unique find for history buffs. Unfortunately, only a handful of cruise companies offer this itinerary.

Itinerary for the Aswan to Luxor Nile Cruise

How much did we pay for the Nile cruise

Good news! You are allowed to bring on board whatever you want, including alcohol. I took a kettle with me to make the tea during the day. They served free coffee in the morning. A bottle of wine at the bar costs 300 EGP, a cup of espresso – 40 EGP.

Additional costs of our trip:

If I needed to describe Egypt in only one word, it would be overwhelming. Trade is in full swing on the streets from the very morning. Each merchant tried to attract our attention on the way to the port.

“Hello, my friend. Where are you from?”

“Taxi, my friend. Cheap price. Where are you going?”

“You want a carriage? Only five pounds»

“My friend, you want to see my shop? It’s free. Maybe later?”

Their voices merged with the ear-splitting claxons, dust, exhaust gasses, and the fragrance of horseshit. Crossing a road in Egypt becomes an extreme sport, because there are only four streetlights in the whole country, and all of them are on the Tahrir square in Cairo. But there is a local trick you must learn. I call it a Magic Hand. Locals fearlessly cut through the traffic with the raised hand, and cars miraculously bypass them without slowing down.

Couple more steps and we found refuge under the wing of our cruise ship. Suddenly the coming silence muffled the clamor. An elegantly dressed receptionist scanned our passports and handed us the key. It happened! We escaped from the pandemonium of Egypt for two days, and at the same time remained in its historical heart.

The room was above our expectations. It had floor-to-ceiling windows, a fridge, and even a bathtub. We opened a bottle of wine, and it felt like our cruise on the second-longest river in the world began.

After wine, it’s time to dine. So we went down to the restaurant. During these two days, I stuffed my face with the most delicious Egyptian foods: molokhia soup, koshary, hummus, and all kinds of eastern sweets.

The cruise ship also had a large upper deck with a turquoise swimming pool. We had an evening tea there and admired the sunset. I imagined myself like a queen Nefertiti lounging on the chaise.

I have never been to an ancient temple at night time. Mysterious lights animated the old ruins of Kom Ombo. We got one hour and a half to explore the temple. So we skipped the organized groups and dived into the darkness.

Local vendors pounced on us at the pier. One waved a traditional Bedouin scarf at me, like a toreador in a ring. Then he got closer and nicely asked me to touch the material. As soon as I did, the vendor dropped the other end of the scarf. It helplessly hung in my hand. The vendor refused to take it back and started expressive Arabic bargaining.

A few minutes later a chubby boy pulled a green bracelet on my wrist, and deftly twisted a fishing hook that served as a fastener. Soon Paul got his bracelet with a blue scarab on it. We both knew that it was a trick, but we wanted to see what was coming. Children surrounded us on the way back from the temple and asked for money in exchange for the gift. Gifts are never free in Egypt.

The majestic temple of Kom Ombo was built in the Ptolemaic era, after the conquest of Egypt by Alexander the Great.

It is dedicated to two deities at once. The left side of the temple is occupied by the crocodile god Sebek, and the right side is a home for the falcon god Gor. Neither the Greeks nor the Romans tried to impose their religion on the Egyptians. They continued to honor local cults and build new temples. The Romans even depicted the god Sebek on their coins.

Archeologists discovered over 300 mummies of crocodiles near the temple. You can see some of them in the Crocodile Museum in Kom Ombo. Unfortunately, we did not have time for it.

The next day we woke up very early to see the second largest temple in Egypt.

Walking from the pier to the ticket office takes about 20 minutes. We took a round-trip on a motorbike for just 40 Egyptian pounds. This ride was fun itself. Our driver played his favorite song, while we were watching the everyday life of Edfu.

We had less than an hour to visit the temple. It was very disappointing because Edfu deserves at least 2-3 hours.

Interesting facts about the Edfu temple

The Edfu temple was built between 237 and 57 BC. It is one of the latest temples in the country.

Edfu was dedicated to the falcon-headed god Horus. To the ancient Egyptians, he was one of the most important deities. He was the son of Osiris and Isis, the divine child of the holy family triad. The pharaohs of Egypt were associated with Horus since the pharaoh was considered to be the earthly embodiment of the god.

The main hall of the Edfu temple is surrounded by dozens of small rooms with extensive wall carvings. Perfectly preserved hieroglyphs are especially valued by Egyptologists, as they contain texts of myths, hymns, recipes for incense and ointments, and important dates of the Egyptian religious calendar.

Back on the cruise ship, we sailed along the Nile for the rest of the day. I admired the view of the sleepy Nile banks with a golden haze, while Paul took a nap.

Suddenly a mysterious object flew through the window. It was intriguing so I examined it. Inside I found a cheap material with a mediocre painting on it. We were in the middle of a wide river, and no orthodox explanation to this could be found… Until I looked out the window. A young man was staring at me from the boat. He cranked up his siren: “Cheap price! My friend! Ten dollars!” Other passengers looked out with curiosity. Nevertheless, I tossed the package back, but he continued bombarding the window with scarves and tunics. And although I didn’t buy anything, I adored this offbeat marketing move.

The moral of this story is simple: even if you are in your room, Egyptian vendors will always find a way to bother you.

The rest of the day passed without surprises. Stewards entertained us with brainteasers, and the cook kept me excited with his delicious masterpieces. We skipped a dancing party at night because the solitude of this trip was much more appreciated. The next day we had to come back to the business and annoyance of Egypt.

Is the Nile cruise worth it?

Overall, we really enjoyed the trip.

What was good about it:

Alternatives to the Nile cruise

Try the felucca instead

Feluccas are wind-powered Egyptian sailboats, like those that navigate the Nile for centuries. You will see a lot of those in Aswan and Luxor.

Usually, the felucca sail from Aswan to Luxor takes 3-4 days.

What you need to know about sailing a felucca:

Dahabiya is a sailing and rowing vessel that looks like a breed of felucca and a cruise ship. Europeans traveled on dahabiyas on the Nile in the 19th and 20th centuries.

Dahabiya has fewer rooms, a luxurious interior, and exceptional service. The number of passengers on board does not exceed 20 people. They explore temples and tombs others don’t see, visit idyllic islands on the Nile and avoid the crowds. The downside of dahabiya cruise is the price.

Whichever way you choose, the Nile cruise is a wonderfully relaxing experience. If I ever come back to Egypt, I would love to take a long Nile cruise from Cairo. 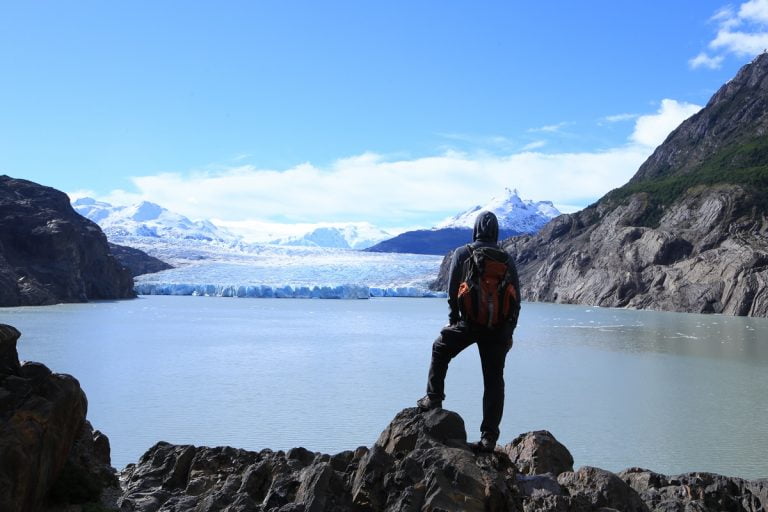 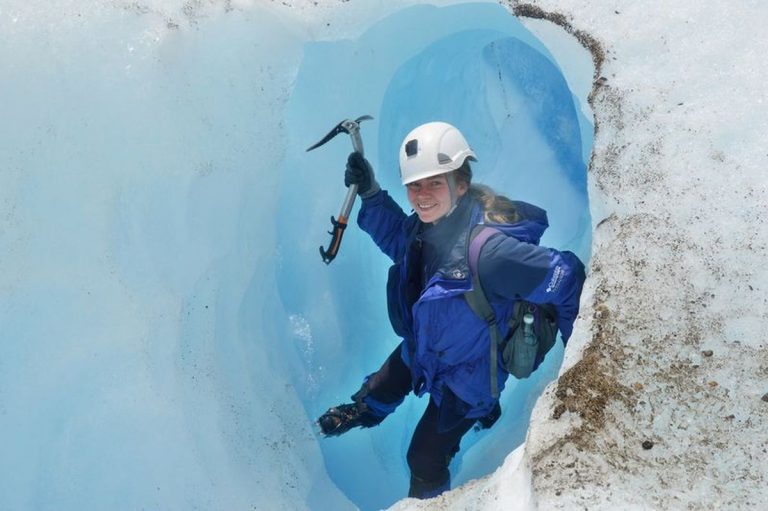 Ice Trekking on the Exploradores Glacier: A Patagonian Adventure Not to be Missed 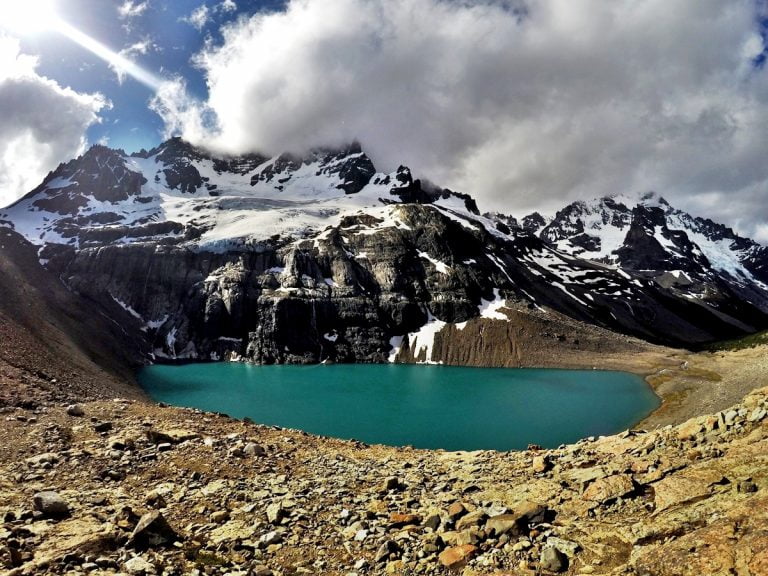 Cerro Castillo: My First Solo Hike in Patagonia on a New Year’s Eve